The Love of Travel

Then, there are those of us who are obsessed with it. We’re strung out on it. We may not always be jet-setting exactly, but the love of travel runs deep in our veins. In fact, technically, we might “travel” less than others, yet it’s something that permeates our everyday life.

The older I get, the bigger the pull of the wide world around me. In the past year or so, I’ve even taken to making purchase decisions based on whether or not it was something I would take with me on a worldwide journey. Forget imagining myself in an outfit for a hot date or a big party—could I see myself in this while swaying to music under the sultry Indio sun? Or, paired with cozy layers under the majestic northern lights in Reykjavík? Or perhaps, a staple piece when exploring the cobbled streets of Amsterdam? If I, for some reason, had to jump ship with only five items, would it make the cut?

Is there a word for us? Those of us who have never known a home like no home. Who feel most alive in the sky—at least, until we reach our next destination. Breathless when the wheels lift off the tarmac, not from fear, but anticipation and excitement. Marvelling at the city we know below disappearing into a bolt of velvety blackness, ordinary streetlights and headlamps transformed into intricate copper beading reminiscent of Balmain F/W 2012. 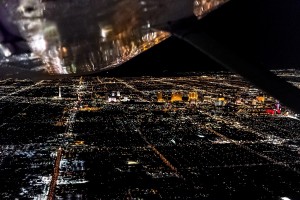 Perhaps it comes down to the classic nature vs. nurture theory. Although I may be able to trace it down to the very threads of my DNA, I know for certain that my love of travel was not born from want, but out of necessity. I grew up with a home in the most literal sense—a shelter against the elements; a roof above my head. But I was never able to find the intangible sense of belonging, the desire to return, the peace and relaxation that most people associate with home (that’s another story, for another time).

For part of my secondary school years, I lived with a half-packed (gotta leave room for the last-minute essentials!) bag on the top shelf of my closet—a treasure trove of my favourite belongings for quick and easy access. An emergency to-go bag, if you will. A 26L daypack sitting in a square foot of space that, ironically, gave me more of a sense of home than the entire 2,323 sq. ft. house it was kept in. Growing up, I was always looking for this literal and figurative place of belonging and warmth. Instead, I found myself in experiences, places, and things—a vintage repurposed book here, a deep conversation with a stranger there, and above all, the beauty of a completely foreign place. After all, there’s nothing like the unknown, to force you into being the most raw version of yourself. Without the familiarity and prompting of our everyday situational factors, who are we really?

I know, I know. Again, it’s bizarre: a person who doesn’t identify with where they came, but from where they go. A piece of me found, then lost again, in a little bit of everything and everywhere. Sort of like Voldemort’s Horcruxes, minus the diabolical intent…and the wizardry.

…it’s bizarre: a person who doesn’t identify with where they came, but from where they go.

“Home” was just a place I put a lot of stuff that I didn’t really need. It felt silly to me to have so many material possessions, when I could count the things that really made a difference to my self-identity on my hands. It was also the inspiration for one of my tattoos, which came of an eye-opening afternoon spent doodling in the pages of The Rum Diary, after I had finished the entire book in an afternoon sitting on the street of a Croatian island (but that’s another story, for another time). It wasn’t until I was old enough to better grasp the concept of travel, that my fondness for it blossomed into full-blown enamour—and this is where the nature part comes in.

I was always a bookworm. I loved stories and storytelling; the fact that words could be strung together to create an infinite number of narratives. Each one capable of making you feel different emotions, see different pictures, and put yourself in different settings and circumstances.

Without the familiarity and prompting of our everyday situational factors, who are we really?

The world around us is a lot like that to me. No one of us has, ever had, or ever will have, experienced the same life as anyone else. And, in our own way, we have each contributed something that makes this world what it is today. We are all a great story, even those of us who think we may live boring lives compared to multimillionaire professional athletes or yacht-hopping heiresses. And my love of travel grew parallel to—and as a result of—my desire to know. I wanted to know about people, their lives, and the lives that led to their lives, and what made this world this world. And even then, I wished I could know these things more. I didn’t just want to learn about culture, I wanted to understand it. You can read about something, but it’s not the same as having experienced it first-person.

I remember thinking about this on a plane (where I do my best thinking, much like people have “shower thoughts”) a few years ago, about different cuisines. How you can easily follow a recipe in an ethnic cookbook (assuming it’s even authentic), and yet, it’s impossible to truly replicate an authentic dish that’s been handed down generation to generation—without the local ingredients and instinct that only develops from context and experience. Culture is everywhere and in everything, especially food, and there’s so much more to it than can be simply measured in tablespoons. Or read in a brochure. Or seen in a documentary.

Culture is everywhere and in everything…and there’s so much more to it than can be simply measured in tablespoons.

But, if I thought the meaning of life was to know more, I also suffered from the realization that I could never know it all.

I would look up into the stars as a teenager, comparing the size of myself to my house, my house to my neighbourhood, my neighbourhood to my city. Furthermore, my city to my province, my province to my country, and so on and so forth until I reached the last stage of the scale, floored by the magnitude and possibility of the universe.

I was torn between learning everything and knowing that I couldn’t possibly understand it all, even if I lived several lifetimes. But this is why I love travelling: the world to me is this giant puzzle I want to put together the pieces for. Because that, in itself, would complete who I am.

Travelling may never exactly answer all the questions I have, but, undoubtedly, it takes me one step closer.