Okay, so $0 spent was an exaggeration for dramatic effect—I paid for gas. But compared to what most people spend on their biggest or best trip, I hardly shelled out at all. I didn’t have to pay for flights, accommodation, or even food.

Here’s where the story begins:

I met a guy a long time ago, an artist who was basically couch surfing and happened to meet one of my best friends. I went over one night and met this real-life Tim Burton character, who rolled out a giant 8 x 8 piece of canvas he was working on, casually threw back a handful of mushrooms, and got to work.

Guy hangs out for maybe a week or two, then disappears, off to the next adventure.

Several months later (might have been close to a year), he messaged me on Facebook. He tells me how he’s moved to a tiny town just north of the U.S.-Canada border, living and working at a friend’s family’s garlic farm. The sunflowers are taller than you are, and the wolves howl in the nearby mountains at night. He told me if I ever wanted to come visit, that I was welcome. I’ve met this guy maybe twice, but somehow I had to go. I’d just gotten out of a relationship earlier that summer, and needed to find myself again. 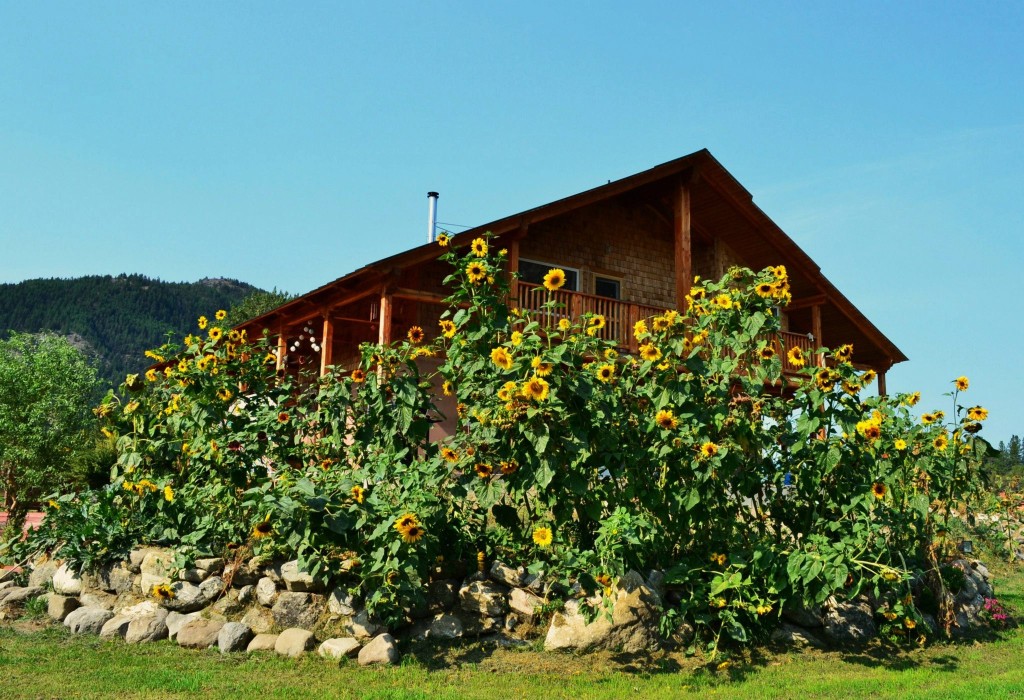 I took off for the week, a solo 8 hour road trip through the mountains. It was the most beautiful drive. The sky was bluer than I’d ever seen it before, the creeks right beside the highway sparkled, and the roads were blissfully quiet. I don’t even remember seeing any other cars the entire way, although I’m sure I did. I rolled the windows down, chain-smoked cloves, and blasted old CD after old CD. I remember rediscovering some old favourites, and rocking out to AC/DC in particular at this one moment where I came over a hill and saw an amazing view of the mountains. It was breathtaking. It felt surreal how beautiful everything was.

This whole trip was already a, well, trip.

I finally get around to where the garlic farm is, but this town is so small that roads don’t quite have signs, houses don’t quite have numbers, and each of them are quite a ways from the next house. I drive along down this one road for awhile, until it turns into a tiny beaten path through a literal forest…I’m not sure how my car actually made it through that. I get to the end and it’s clearly the wrong house…so I reverse through the forest again (no room to turn around) until I reach the house before. There’s no driveway so I pull up onto a dirt patch on the lawn to reread the directions given to me by my friend. A family comes out of the house and waves me in . My acquaintance is not among them. I park, turn off the ignition, and walk up to the door. I don’t even remember what is said, but essentially they corral me into their home and offer me a beer. As a city girl, I’m wary, confused by their hospitality, and say I couldn’t possibly intrude—but they crack me one regardless.

It was clear I was at the wrong house and I say so, and I apologize and explain I was just stopping to get my bearings, but…I’m treated as if they’ve been expecting me. They talk about things they might to a family friend, crack more beers, offer me a snack they’d just been preparing in the oven, and invite me to tour their vegetable garden. I think I spend about an hour, or maybe even two, there. They finally send me off on my way, with a box of vegetables from their garden: potatoes, squash, and carrots.

I nearly forgot. At one point, they brought up the fact that a train had randomly stopped on the nearby railroad. We end up getting in their car and taking a quick family field trip. There’s me, the mom, dad, and their adult daughter, going to check out a stalled train (one of the big CP Rail ones).

We get there and they tell me to get in the pictures, so there’s these pictures of me and this family I just met, on a train. Anyways, we return home, and they send me off with vegetables, as I mentioned before. They tell me to add them on Facebook, and there are hugs all around as I leave.

The rest of the trip was equally as wild. I made it to the garlic farm, and was welcomed warmly. I recount my tale of the friendly strangers, which seems to surprise no one from this small, kindly town. I get settled in to my electricity- and water-less cabin, and although this situation was unfamiliar from the start, I somehow felt a sense of belonging the entire time. I get used to my routine of walking back to the main house from my cabin barefoot, earl grey tea with a few drops of milk every morning, and smoking my cloves as the birds chirp and bees buzz around me. I learn how to harvest organic Red Russian bulbs, and taste scraps at the small cheese factory in town. 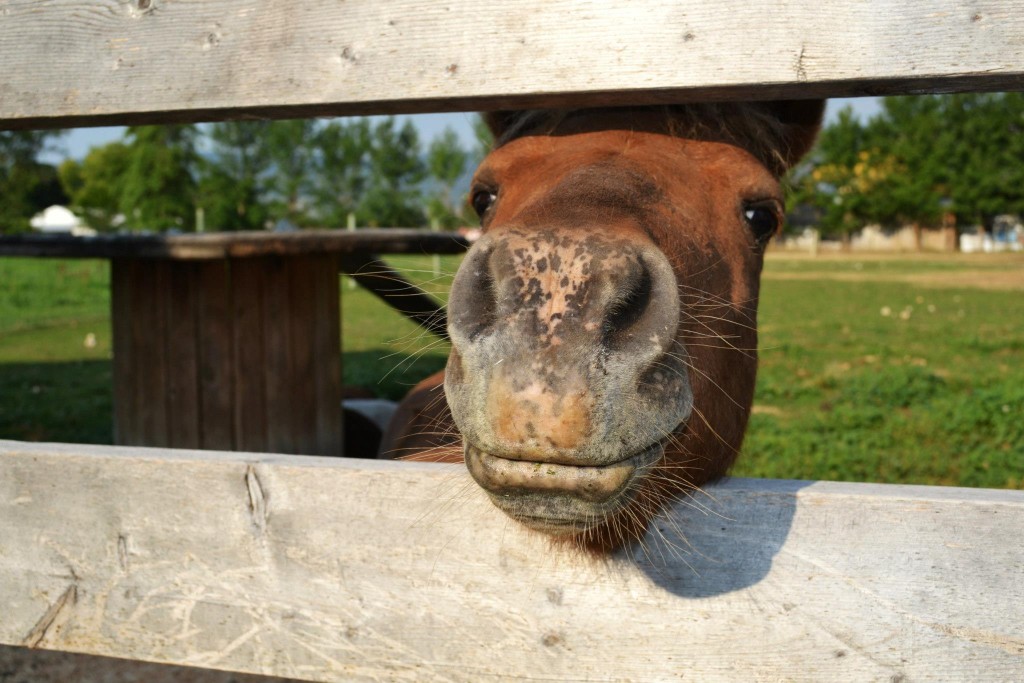 I end up getting oddly close with this guy who I barely knew: going to the retro diner in our paint-covered clothes. Flipping through old photobooks of James Dean as we sip our mint chocolate chip milkshakes. Stargazing and pointing out constellations in hammocks above thorny bushes. Sitting together in complete silence in the middle of forests so moss-covered and obscured by greenery you could be forgiven for mistaking the time of day as dusk. Falling asleep on dew-covered blankets underneath a full moon as the wolves howled in the nearby mountains. Seriously.

It’s still one of the most bizarre experiences of my life. I worked on my photography skills, wore no makeup, traipsed around barefoot, dressed in loose and tattered clothes, painted in the grass, swam in the creek, climbed a waterfall, scaled rocks, and slept in the moss. We organized a cozy outdoor concert with a musician, who had created his own imaginary country of love (complete with stickers), and photographed him singing among the sunflowers as the moon came out. I read Ayn Rand as he painted, in a half-finished cabin he built by hand, while listening to StarTalk podcasts. 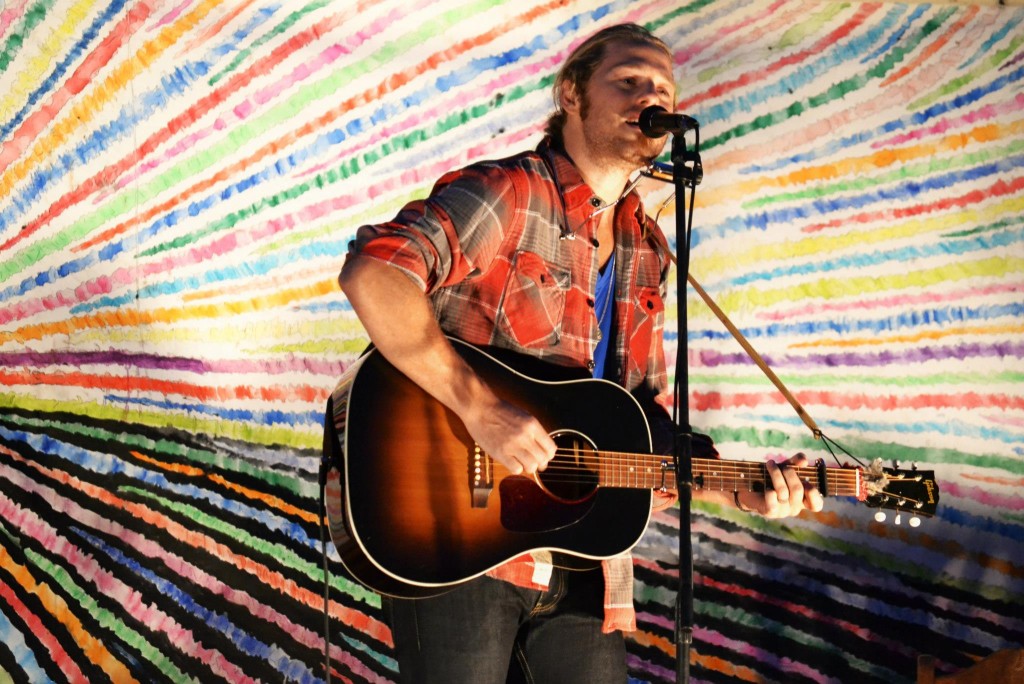 I had always been a girlie girl. I went to private school, was always made up, dressed to the nines and kept up this, just, facade of perfection. But for some reason, I felt I had to go this garlic farm in the middle of nowhere, invited by a guy I barely knew. I remember chatting with the girlfriend of the son who lived there, and she seemed surprised that I was supposedly “out of my element” in this place.

The relationship ended later on, and not too well, but I still reflect on that trip fondly. I have my head in the clouds sometimes, but I think my feet are planted just too firmly on the ground. He had the true heart of a wandering artist, so it just didn’t work out. But at one point, sitting in the forest on top of an 8 foot rock in front of a waterfall that we’d just scaled, he told me it had been 7 years since he’d been with someone. That he just didn’t know what to think, because he was so surprised to be having feelings and a connection with someone, especially someone like me (or the me everyone thought I was anyways).

This trip may have been one of the defining moments of my life, and one of the times I felt closest to perhaps understanding just what life was about. Although it wasn’t as if I returned home and completely changed my life, something inside me definitely changed. I think, for so long, I had only lived in a certain kind of environment that was confining in its expectations, and limited the evolution of my identity. I felt a connection to this place that was extremely personal, yet simple. It was like I had been looking for something, as if I had been tuning a radio, and finally finding clarity after continuous static. I saw the beauty in absolutely everything, and the days felt too short for the fullness they possessed. 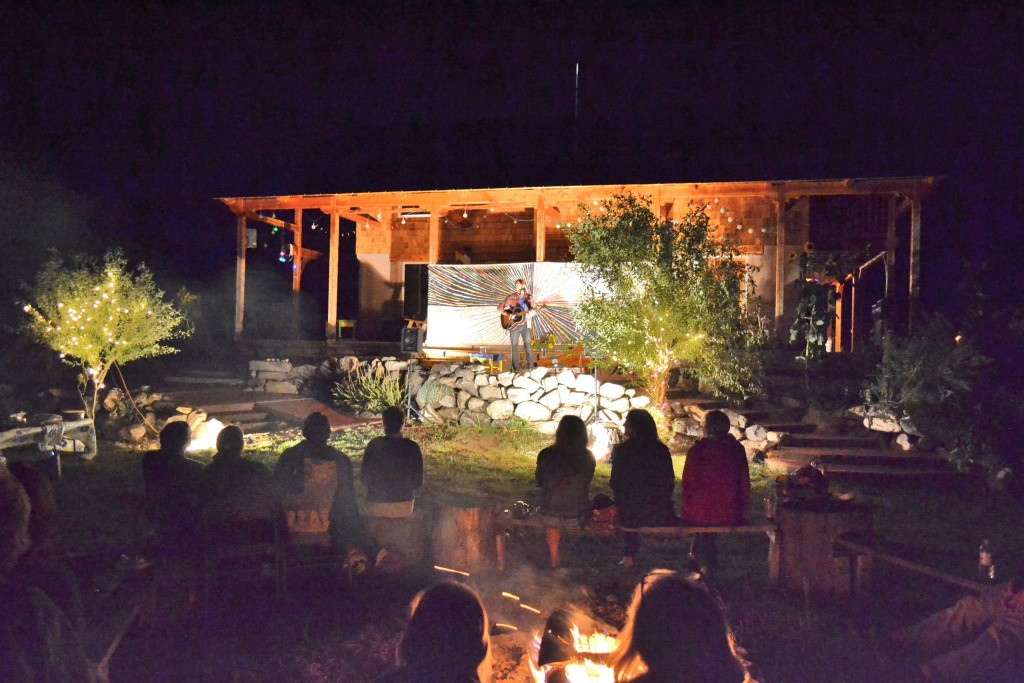 Previous
Coachella 2016: The Line-Up
Next
On the Road to: Coachella!