Mitch Albom—of Tuesdays with Morrie fame—came out victorious in a bidding war for the rights to develop a film based on Scott’s life. I’ve covered my thoughts on the whole All-Star game debacle before, and I think it would be a great underdog story. Plus, some of the casting suggestions on BarDown’s Twitter are plain cheeky.

Read more about it on Sportsnet here. 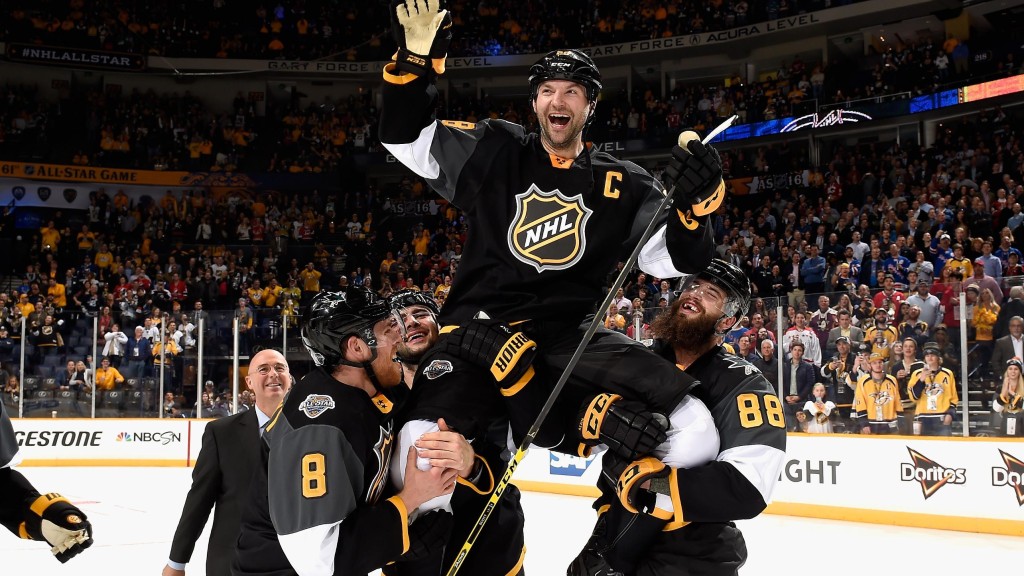 I signed up for a half-marathon.

I literally just did this and now I’m asking myself: wait, how long do I have to prepare again? The Scotiabank Marathon takes place Sunday, May 29th—exactly 83 days away. I believe the last time I went running was September, and it was about 5k. So, this just might be a little bit of a stretch.

However, I’m feeling extremely determined to train for it and finish in under 2 hours. I’ve just been feeling this huge need to do more lately, so this fits right into the (increasingly packed) schedule. Can’t wait. 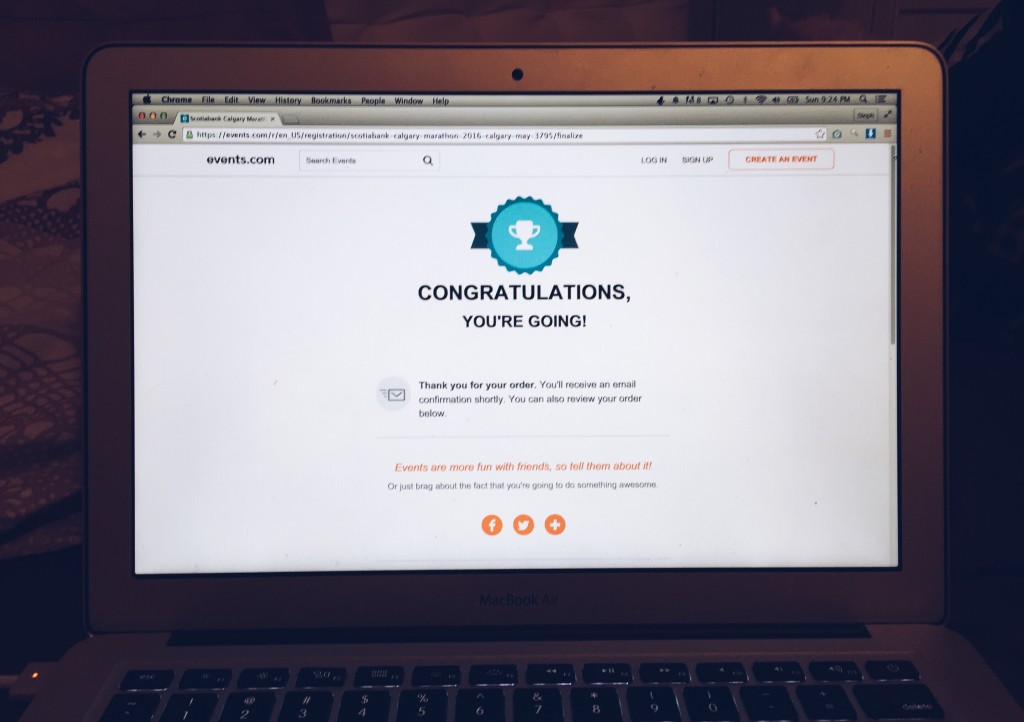 I’ve also decided to become one of those people I thought I’d never be.

Truthfully, I’ve never been one of those clean-eating, meal-prepping, work-out-before-work kinds of people. I love my burgers. I love my nights in on my couch watching the Flames on TV. I love my sleep. That said, I’ve been feeling this urge to make some big changes in my life lately…and I think becoming one of those aforementioned people is one of them. I’m not out of shape, but I wouldn’t say I’m in the best shape I could be either. So if I can be better, why am I not doing it? It just kind of hit me one day last week, and unlike those usual pangs of motivation, this is one that’s really lasted throughout this whole week. Plus, I’ve got Coachella in just over a month. So I’m just going to do it.

Despite being hungover from a quick jaunt to Red Deer last night, I hit the grocery store today and stocked up on everything I needed to prep my meals this week. This week, I’ll be having bananas and coconut water for breakfast, and cayenne and paprika spiced chicken with steamed veggies and a sous vide egg for lunch. Dinner will probably be a little more relaxed, because I think going too overboard with this kind of thing usually just ends up backfiring. Plus, it’s the Big Taste festival in Calgary this week! I’ve got a dinner lined up at River Cafe on Wednesday, and another one at Parc Brasserie on Friday, so those will be my little indulgences for the week.

As for working out, I may test out running to and from work. It’s about 4 kilometres each way, so that may be a pretty big task to take on all at once…but we’ll see if it’s doable. I may start by running one way, and Car2Go-ing home after work the first few times. Aside from the training for the marathon, which takes care of the cardio aspect, I’m going to get into some strength and resistance training as well. Luckily, bae’s got a gym in his building down the street so I have absolutely no excuses there. One thing I really want to work on even more often is squats, however, so I picked up a kettlebell I can use at home when I was out today.

So, if you start seeing boiled eggs and baked chicken on my Snapchat story instead of the usual lamb shanks and mashed potatoes, don’t panic. Overall, I’m just really excited to see what will happen. It’s nice to have almost sort of a project to focus on, especially one where you’re really achieving something that betters yourself by the end. It’s also been awhile…but I’m feeling my extremely driven/competitive side coming out—and I’ve missed it. 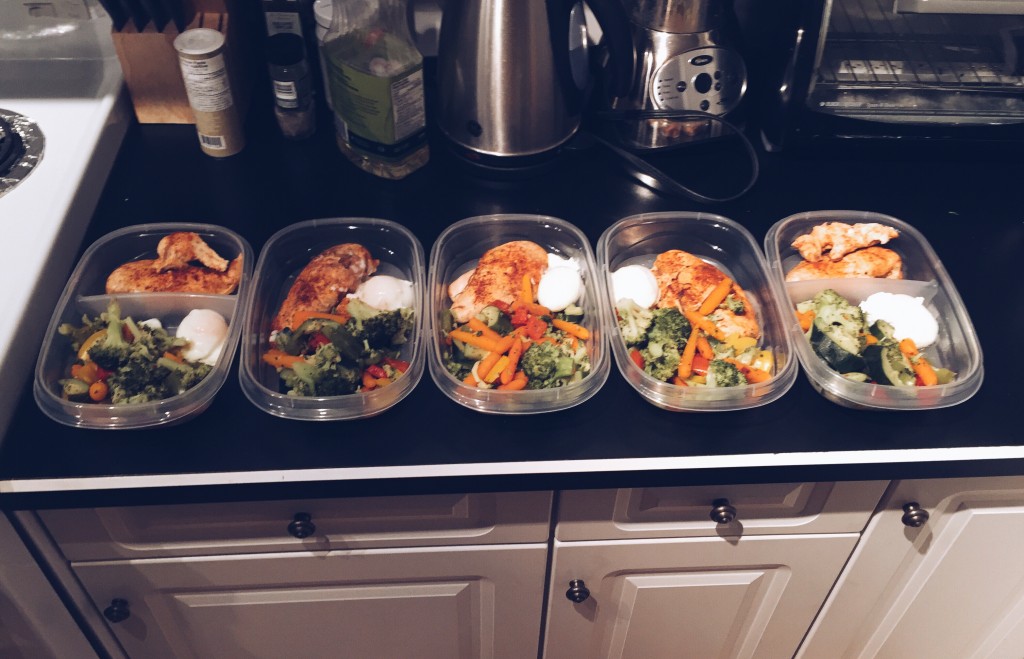 Another one of those big realizations I had/life changes I made this week was making sure I put in the effort to connect with people. Sometimes we get so busy with work or just life in general, that we forget to see or talk to the people we love. This is something that has been missing from my life for a little while now, just because work went from zero to a hundred these past few months. However, being “too busy” is sometimes just an excuse for something we don’t want to put in the time or effort to do. I’m guilty as charged, and I realized I needed more balance in my life—namely, people over everything else I thought seemed more important. Turns out, it’s just what you need to make everything else more manageable.

In the same vein, I can be bad for taking time to remember how I’m feeling. When I’m busy, I tend to focus on the tasks at hand and getting them done—no matter what. So, I’m making a conscious effort to remind myself that I need to include more things I simply just love—stuff I tend to cut out when I think there’s other stuff that “needs” to be done. In reality, I just need to get out of “work mode” a little more often, and allow myself to let loose. Otherwise, I’m just going to keep adulting until I’m at an age where I actually won’t be able to do let my hair down as freely as I still can at 25.

To keep myself accountable (and because it’s just so darn cute), I recently picked up the “100 Days Happy Planner.” It should be coming here in the next week or so! 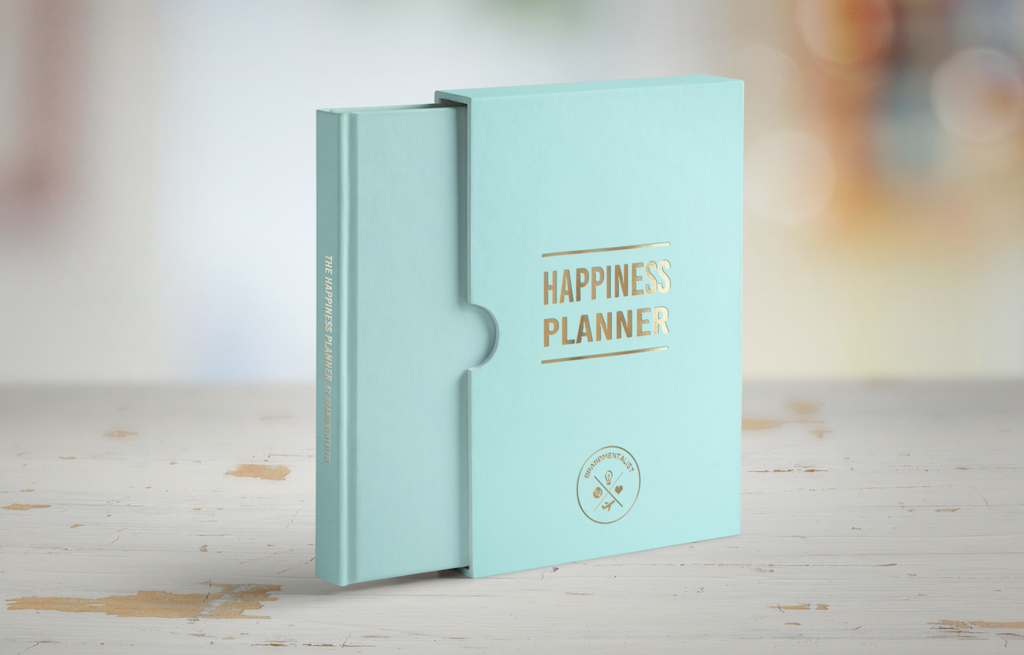 I’ve been feeling the “good vibes” tunes lately, and this one just makes me want to throw on the cut-offs and drive with the windows down. Seriously though—can it be Coachella and/or summer yet?