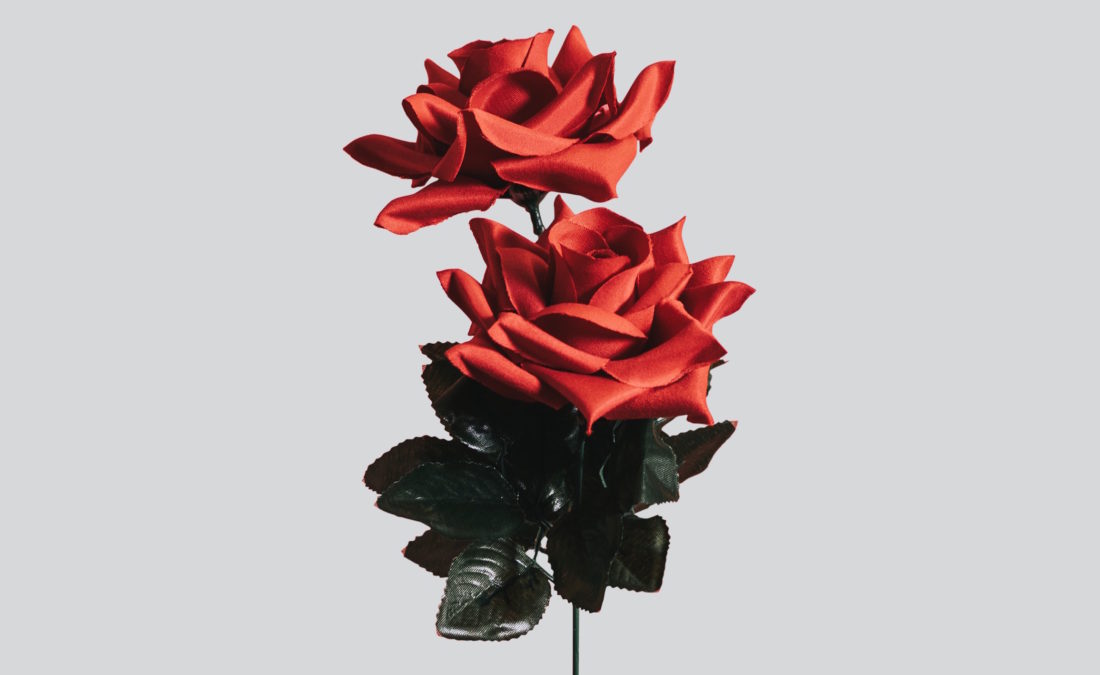 There’s something I want to talk about.

It’s eight minutes to midnight, on a Tuesday. The air is thick, the kind of heat that makes you feel sticky even when you’re fresh out of the shower. I’m sitting at my desk with a tumbler two fingers full with a semi-cloying apricot wine, and Two Feet’s “Go F*ck Yourself” is blaring through my earphones. And I want to talk about something important that’s been bothering me.

I had a hell of a week that brought up an important topic. I have a proclivity to get the hell out of dodge and be completely alone when I’m trying to work through things but unfortunately I don’t have the luxury of doing that right now, so I’m still trying to decompress, and sometimes writing helps—so here I am.

Let’s talk self-respect. What is it? Where can you find it? Why is it important? Why is it so hard to keep?

It’s not just self-love—getting your nails done, treating yourself to ice cream, booking solo time for yourself—although that, too, is important. Self-respect is more about making potentially life-altering choices that aren’t easy, but are crucial to your development and maintaining your self-worth. Very generally, it can be summed up as “I like you. But I like me more.” It’s not an easy mindset to develop in your relationships—whether platonic, romantic, familial, or what have you.

I, for one, especially struggle with keeping that order because I tend to put others first—I know that I can adapt easily, and sacrifices usually aren’t a big deal to me. If I don’t have enough time in the day, I shuffle things around. If I want to do something, I’m happy to compromise if it means keeping the peace. This approach has roots in my childhood and the things I went through, which is something I still have immense progress to realize. But, I’m learning to not give in to things to my detriment.

Self-respect is making choices that serve yourself, your well-being, and your values. It’s a long journey to love yourself, but you get there by continuously making decisions that are good for you every opportunity you get. I’m reticent to quote Dr. Phil because I think he’s a quack, but we teach other people how to treat us. Sometimes they fall short because they don’t understand our point of view, which is why it’s important to communicate, but if they continue to fail to meet your needs that’s no longer an accident. They’re choosing not to treat you in a way that you have asked. I also see it as a responsibility to exemplify to those who have mistreated me to reconsider how they might treat others in the future, if they’re self-aware enough to reflect and consider the changes they might need to effect in their behavior.

I’ve been in a situation where I kept letting things slide. It really only served to very nearly destroy my self-respect while enabling someone who didn’t find it necessary to change, since there were zero repercussions for their actions. I really almost lost all of my self-respect then, and it’s not an easy or quick thing to get it back. Today, I choose not to be jaded, and to continue being kind, compassionate, and giving the benefit of the doubt, but I also don’t. f*ck. around. If someone crosses my boundaries these days, I don’t let it slide anymore. I tell them point-blank what they did wrong, why it’s not okay, and what to do or what not to do next time (if they get a second chance, which depends on how badly the boundaries were crossed). I’m still kind—but I’m not as nice. The way I see it, this serves a purpose to others as well. If they can accept constructive criticism and grow, or at least entertain a perspective they didn’t previously realize, that’s wonderful. That’s growth. If they don’t, that’s also fine. All I can do is share what I think.

Now, there are very few things that make me truly upset, but most of it is tied to justice and equality. In other words, do the right thing, even when the right thing is hard to do. What happens when someone doesn’t live up to those standards? I think all too often our emotions cloud our judgment, and we rationalize away their behavior. In other words, we let it slide—oftentimes at the cost of our self-respect.

The things is, no one else will stand up for you—and certainly not someone who has already demonstrated their lack of respect for you. So, it’s up to you to stand up for yourself. I had to make one of those choices this past week, where I put myself first.

Personally, I don’t make snap judgments. I mull. I also place much weight on how people respond, and the actions they take every opportunity to make a decision. It’s not just about the one mistake, it’s the branches of decisions both preceding and following it that I’ll also look at. I don’t think I can ever be accused of not giving someone enough of a chance, or even chances, so if you f*ck up it’s probably something I want you to take a long, hard look at because it’s something I really wouldn’t want to happen again, or to someone else.

I do also believe people make mistakes however, and some are deserving of second chances. I grappled with whether this particular situation was forgivable or not, but when I thought to myself how I’d feel if I pardoned it, I felt bad about myself. So, that was a strong factor in my decisions. Can I let this slide, and look at myself in the mirror and not dislike who I am for making that choice? In the end, I knew I couldn’t. I decided it was a non-negotiable breach of trust (big deal for me to lay down the law on, due to the soft boundaries I developed as a result of my childhood) followed by a distinct lack of remorse that reinforced my concerns. Ethically, I couldn’t let it slide, especially because I hold 100% of the responsibility for letting others know how I can and can’t be treated, and I had more than a niggling feeling this would open a Pandora’s Box of mistreatment. General consensus (thanks to anonymity of Reddit) also told me this was not how most people would want to be treated, so morally I also felt responsible for making an example.

Was it easy? Noooo. It f*cking sucked, to be honest. I may have had an even harder of a time than the person I had to lay down the law to, and in all likelihood, I probably did—because I can be overly caring at times. But I put on a strong face pretty much all of the time, and even more so when things are completely gone to sh*t. So, I’m reminding myself to feel and process all of these emotions, and then keep going, because it’s the only way to really find closure before beginning the next chapter.

Maybe this will just be a minor blip on this person’s conscience, but all I can do is make sure my words and actions align with my values, and let others dictate the way they want to live even if I don’t agree with it—but in that case, I do have the choice to consciously remove them from my life without guilt.

No person or relationship will ever be good enough to sacrifice your self-respect. If you don’t stand for it and, perhaps even more importantly, continuously practice doing that, your self-respect will crumble. However, despite the doom and gloom, I have always believed, and will continue to choose to believe, in kindness above all things. Yet at the same time, never being afraid to stand up to someone who has wronged you, or someone whose actions you feel don’t perpetuate your beliefs. It’s perfectly possible to honor your self-respect and tell someone this in no uncertain terms, in a kind way.

The bottom line of self-respect is this: If you love yourself, you will make good choices for yourself. It’s easier said than done and may feel immensely uncomfortable—but sometimes that’s exactly why you need to do it. 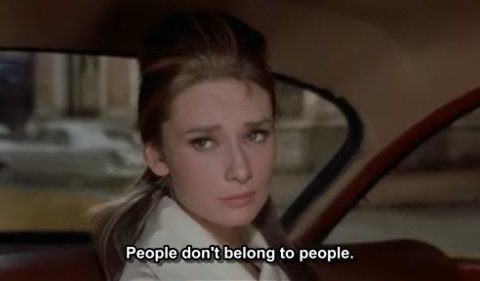 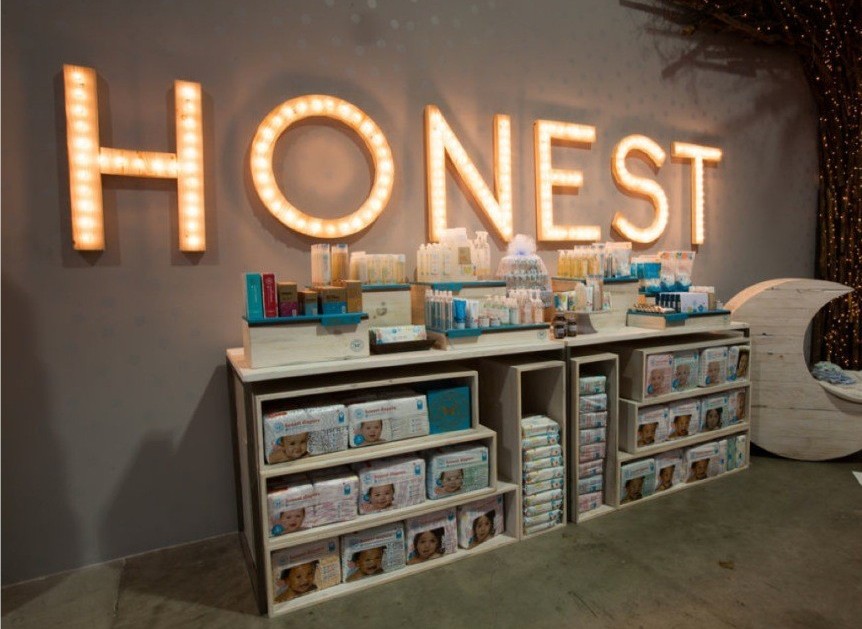 Announcing the launch of my new website (at last)