It’s tough to find the time to update but I figure one post a year is better than nothing! A lot has changed since April 2018. Here’s a quick rundown of what’s going on as of late.

I’ve really gotten into eating healthy and working out this year. It wasn’t even a resolution (one I make and fail to stick with most years), but I got to a point where I was just sick and tired of feeling sick and tired. I’m now a little obsessed with Barry’s Bootcamp, a pretty bougie establishment with a smoothie bar and “complimentary” (yeah, when you pay 30 bucks a class…) eucalyptus-scented towels. I think I tried to reframe working out as a treat rather than something to suffer through, and it really has become something I look forward to waking up at 5:45am to go and do—and I swear I thought I’d never say that. It also helps that classes are so damn expensive that I never, ever skip a class because I will be racked with guilt if I do.

As for eating healthy, I was doing a lot of meal planning and cooking (basically 2 dishes on Sunday, and 1-2 mid-week, then rotating these for a good variety). I actually enjoy cooking so I’d throw on the latest John Oliver or something on Netflix, spending a few hours in the kitchen two nights a week (or more). Now that I’ve moved into a house with 946743 people (shoutout to Bay Area) however, I’ve gotten very well acquainted with Trader Joe’s, which does fantastic pre-packaged salads. It’s not ideal—I like cooking because I know exactly what I put into each dish, and can adjust recipes for less oil, salt, etc., but I’m also at a point where I don’t feel as though I need to count and control nutrients to a tee anymore. I also use MyFitnessPal, which is amazing for keeping you accountable, and it made me much more aware of just how many empty calories I was eating previously.

There really is no shortcut to losing weight. I’ve seen a lot of motivational quotes and everyone will have a different motivator, but the one that resonated with me around the time I decided to kick my ass into gear was: “Nothing changes if nothing changes.” Really the most basic sentence but it’s true. I asked myself why I was expecting any change, when nothing was happening to bring it about? Change doesn’t just happen, you have to do something to effect it. I think this has been my driving force for much of 2019 now. Complacency is not a substitute for fulfillment.

I’m guilty of loving books but not making enough time to read them. As a kid, I was a total bookworm—I see the same thing in one of my nieces now, and I love it. Nose buried in a book most of the time, even while eating. My cousin reminded me that I even once tried to read during a bath we took together as kids.

I blew through Bad Blood by John Carreyou in one night (I meant to read a chapter and then I just couldn’t put it down), which has been my latest recommendation to others. I’m still working through 12 Rules for Life by Jordan B. Peterson, and Becoming by Michelle Obama, but also just picked up The Laws of Human Nature by Robert Greene. I really should invest in audiobooks for my long commute, but there’s just something about flipping through physical pages that I like. Maybe it’s a nostalgia thing.

The ever-attached Enzo bean, my love.

I visited home two weekends straight last month, which was unexpected but also one of the very best things that has happened to me in a long time. The first weekend was bittersweet though, as I went home for my paternal grandmother’s funeral. The week I found out she passed was probably one of the hardest I’d ever gone through to be honest. I had already been going through a lot of life changes as it was, had to deal with police officers and hospitals for another emergency, then also my grandma’s health rapidly declining, all in the space of a few days. I finished work and FaceTimed her at my desk about 15 minutes before she passed, then pretty much just broke down right there because of the weight of all the emotional sh*t I went through that week. Luckily, we had family in town who spent the last few days with her and provided much love and support. In the end, it was the right time for her to go. We wouldn’t have wanted her to suffer a moment longer. I was asked to put together a photo slideshow for her service, which I was honored to do and eagerly accepted, but damn—I did not foresee how tough it would be to go through the many happy memories and photos of the full life she had. What kept me going was the desire to make sure it would be a beautiful representation of her life that the rest of my family and loved ones could enjoy. Finding a song was tough, but I eventually settled on Brooklyn Duo’s cover of “Blackbird.” However, despite the sadness of the weekend, my family and I were happy to have time to catch up and just spend time together. 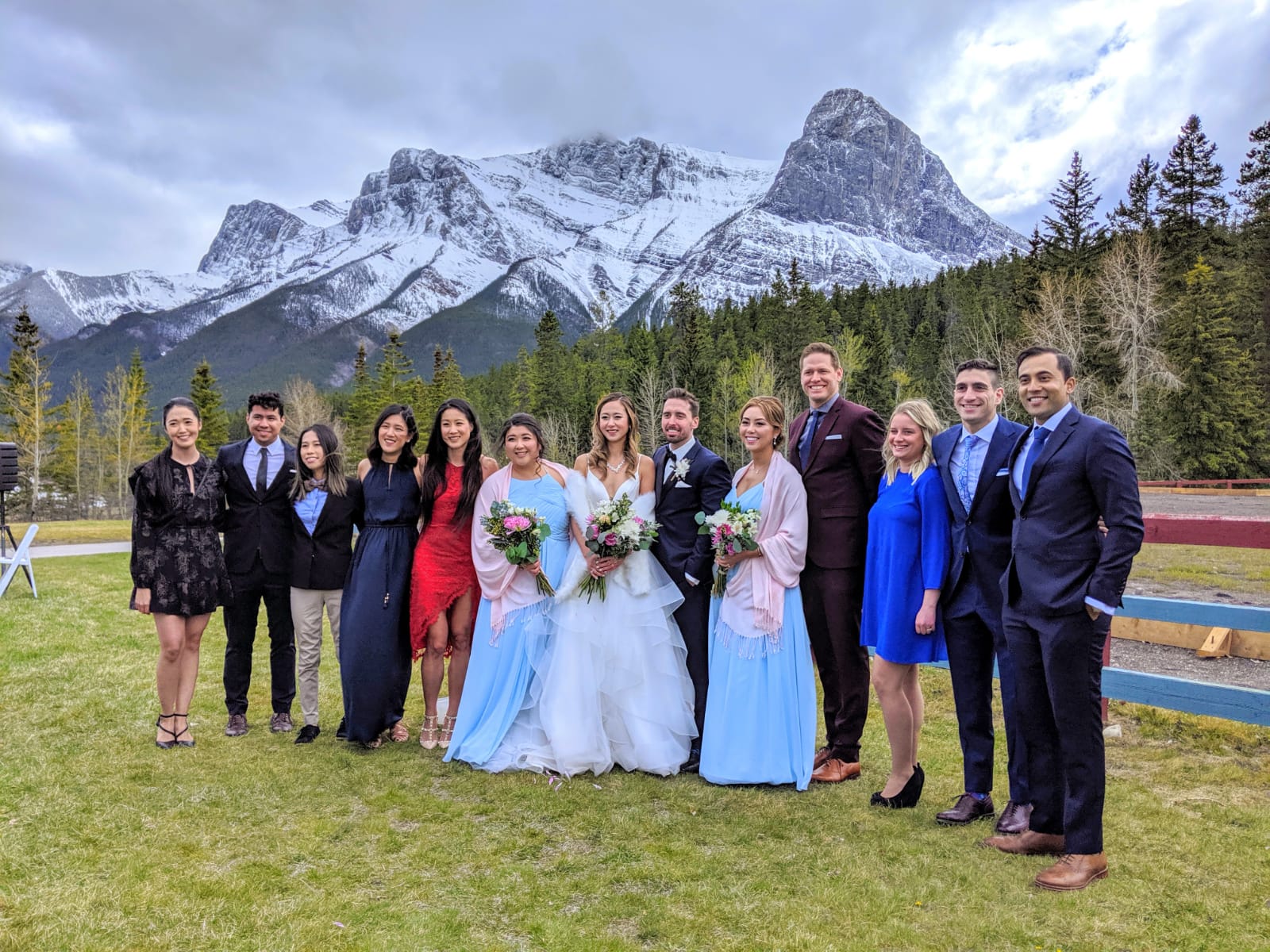 The Wonton Squad reunites for the wedding of Grace and Devin (or, Grevin).

The second weekend I celebrated a friend’s wedding, and spent time with many old friends—who you don’t always realize just how much you miss until you’re together laughing again, over fond memories or silly jokes cultivated over a lengthy friendship. It’s always in the middle of these moments that I feel probably the most grateful for being alive, and for having the company of these people I was lucky enough to somehow cross paths with.

I’m already planning a trip back, as there were some friends I wasn’t able to see during the short and busy weekend, and some I want to spend more time with. Fingers crossed for a seat sale!

On a failed attempt to go snowboarding, I ended up at a delightful bed and breakfast, whose owners were totally wonderful and welcoming in my time of need. One of the owners, Stephanie, reheated the breakfast she had prepared that morning: a delicious sweet casserole of some sort she called “Decadent French Toast.”

One of my friends was attending a brunch a few months later and was looking for ideas, so I suggested something along the lines of this amazing dish I had tried, and despite some similar recipes, I wasn’t able to find one with ingredients that seemed to correspond to the one I’d had. I emailed Stephanie and, very kindly, she shared the recipe with me. I’ll post it on my blog soon so anyone else who’s interested can take a crack at it! 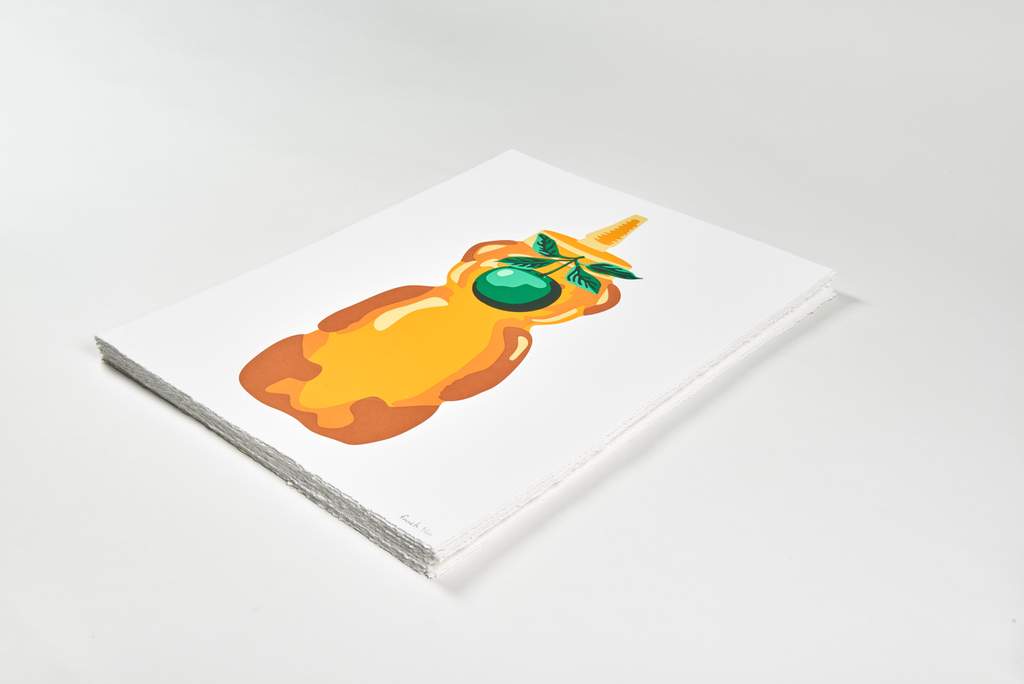 Earlier this year, one of my favorite local Bay Area artists released a print I didn’t find out about until it was sold out <15 minutes later. I was pretty disappointed, since he doesn’t normally do prints, and he has been on my bucket list of artists to own a piece from for awhile. Fnnch does a lot of awesome versions of his famous “Honey Bear” paintings, but I absolutely adored the one he released: a René Magritte-inspired one he cleverly named “The Cub of Bear.”

Luckily, he’s one of those super engaged artists who seems to really enjoy talking to his fans and giving back to the community, so he asked us for feedback regarding the next release, and hopes to do another one (or maybe even a few!) later this year.

I would also love to own something by Klawd before I leave the Bay Area.

The only reason I can survive my commute is because of good music. It gets me through 2+ hours of people who have some kind of personal vendetta against safe merging, slow drivers who stay put in the fast lane (why?!) and, my personal favorite: getting cut off and flipped off simultaneously. Here’s my current playlist: A little old school, some fresh tracks, and all good vibes. Starts chill, ends with electronic & turnt hip-hop.

After a near-unanimous Instagram poll that made it clear I should cheer for the Toronto Raptors, I picked up a team hat and will be rooting for the 6ix in the NBA finals. I’ve never been a big basketball fan in all honesty, but I’m learning a lot and it’s been fun to hop on the bandwagon this year!

Anyways, I’m truly going to try and carve out more time for creative pursuits, since I think it’s good for me overall. I just find it difficult sometimes to sit down and finish something but when I think about it, it’s very possible if I just tell myself to start and keep going until I finish. It’s also hard to find the time (I’m bad at slowing my roll and turning down plans. I’m only home right now because of a minor surgery keeping me inside). Aside from writing, I’d like to get into/get back into painting, music, and dance, plus finishing the aforementioned books and fixing up my portfolio website—which got hacked, and has been on a hiatus since. I’m having a hell of a time trying to figure out how to get rid of a malicious script injection short of paying Sucuri 500 bucks to do it for me.

That’s all for now. Thanks for reading if you’ve made it this far, and stay tuned for the “Decadent French Toast” recipe!

The featured photo above is from a recent adventure down the Pacific Coast Highway over the Memorial Day long weekend. Story coming soon, when I can make myself sit down and write it…

Previous
Dinner for Millennials
Next
Self-Respect. 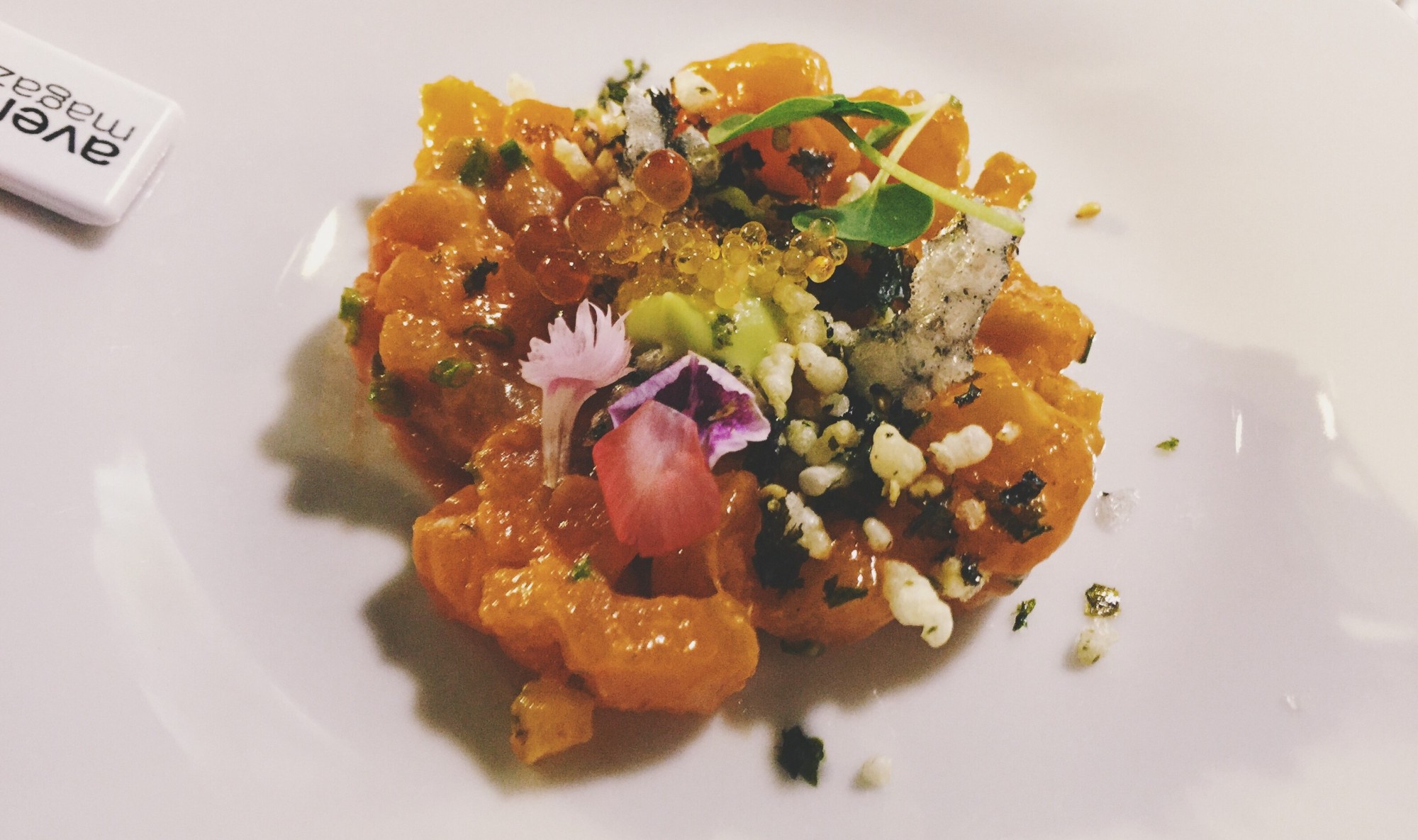 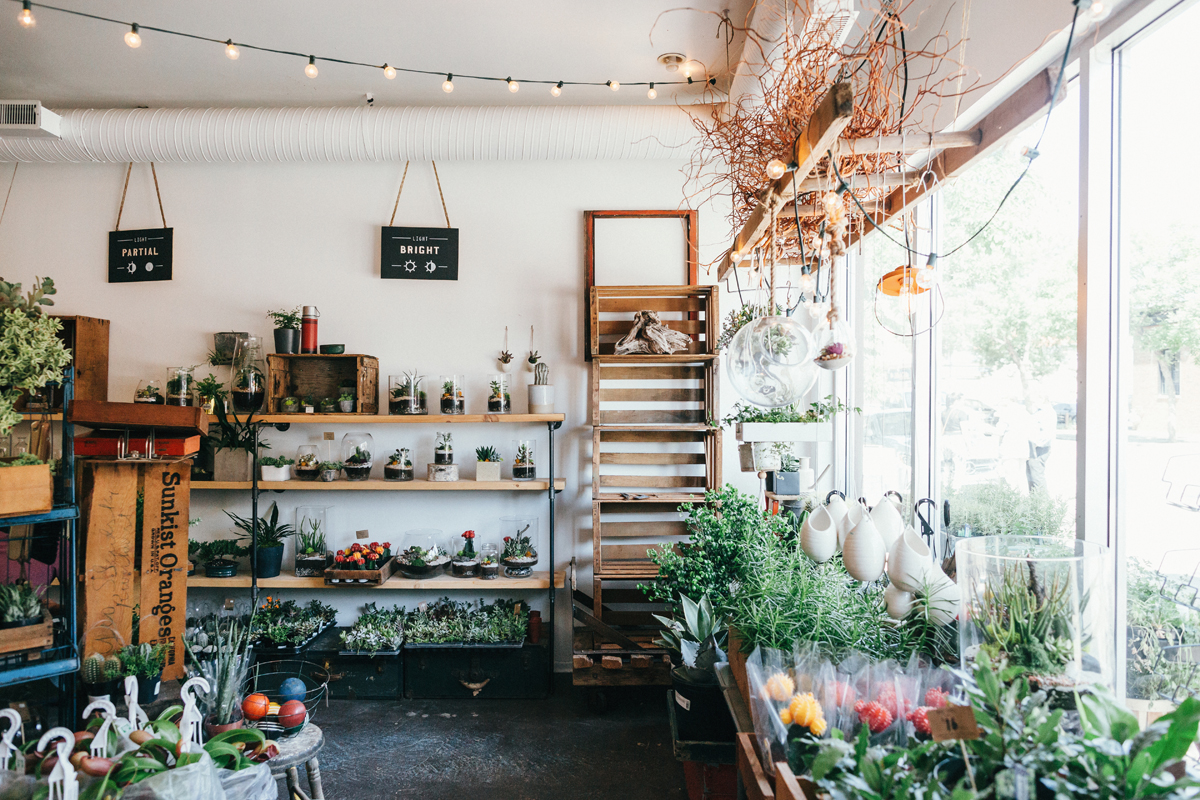 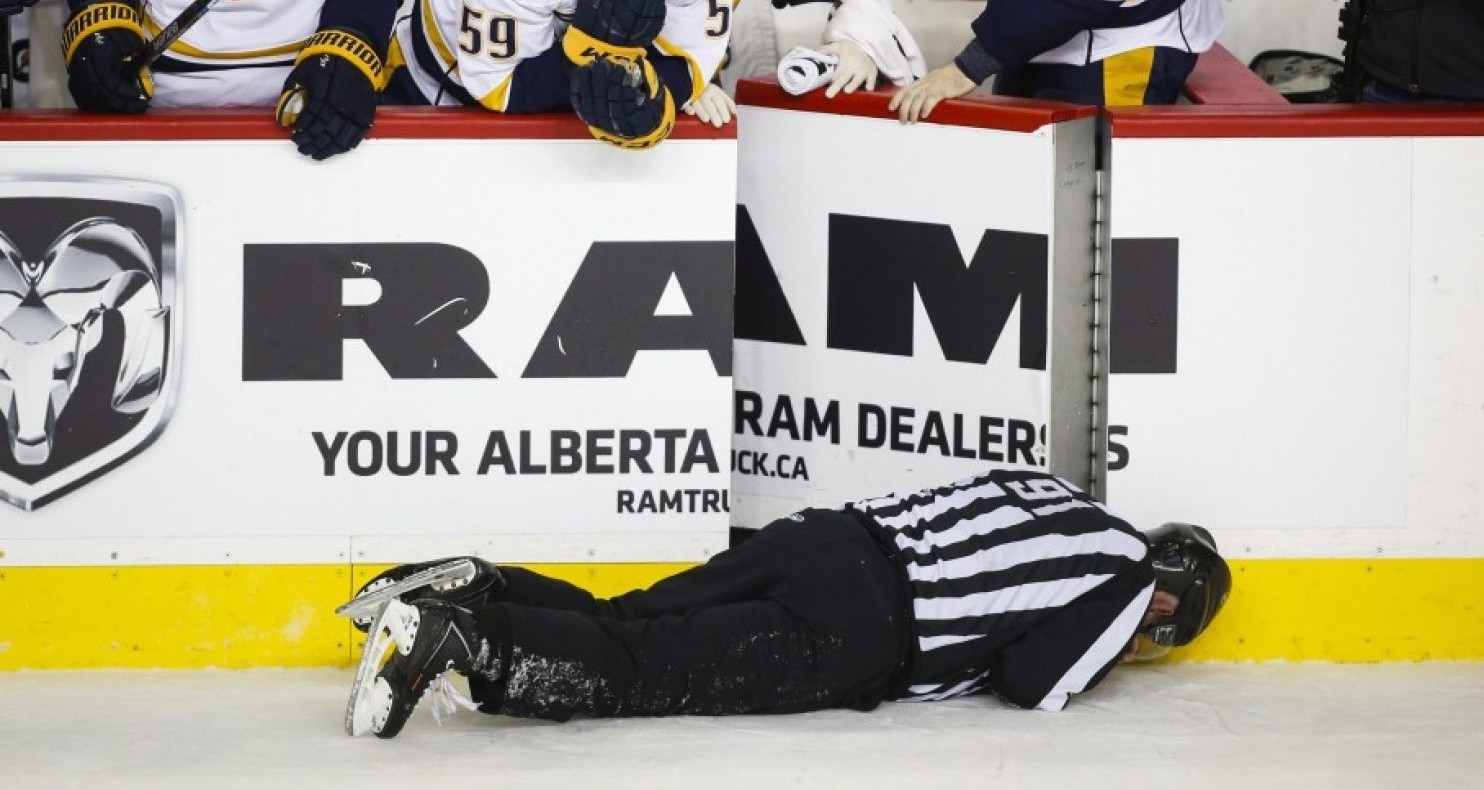 About That Wideman Hit